I have written introductions for or contributed to, and / or designed and edited the following publications. 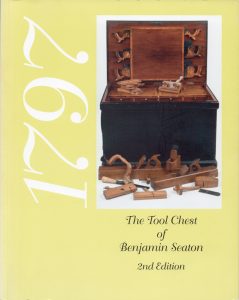 This book describes in detail this important chest and its tools, on display at the Guildhall Museum in Rochester, Kent.

The new edition was written by a group of TATHS members and some of the staff, past and present, of the Colonial Williamsburg Foundation in Virginia, USA. Extensively illustrated and greatly enlarged from the first edition, it has over 175 pages with much new information including accurate drawings of many of the tools; detailed plans for a replica chest; a description of making a replica chest; information about the cordage in the chest; new information about Christopher Gabriel and additional photographs.

A Pattern Book of Tools and Household Goods

with an introduction by Jane Rees and Elton W. Hall

Published by The Early American Industries Association and available from Astragal Press.

A reprint of the c. 1895 catalogue of James, Isaac and John Fussell 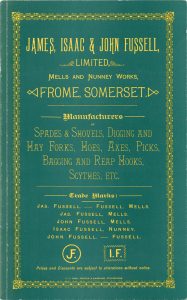 with an introduction by Jane & Mark Rees.

This firm of edge tool makers was based in Mells in Somerset. The catalogue dates from shortly before the firm was taken over by Isaac Nash.

Published by and available from The Tools and Trades History Society.

A reprint of the 1787 Directory of Sheffield

with an introduction by Jane Rees.

This directory with its inclusion of the maker’s marks of cutlers, edge-tool makers, file smiths and sickle makers is of particular value to those interested in the history of hand tools, their manufacture and identification. 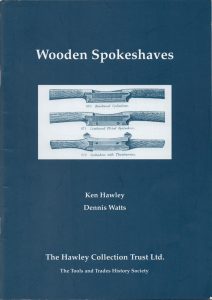 A study of the history and manufacture of wooden spokeshaves, published by the Tools and Trades History Society on behalf of the Hawley Collection at Kelham Island Museum, Sheffield. 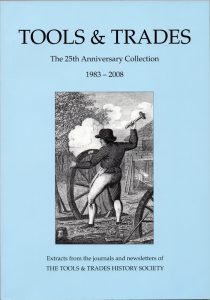 To celebrate 25 years of TATHS, a special edition of Tools & Trades, the Society’s Journal, was published in 2008, containing a selection of articles from the earlier Journals and Newsletters.

The articles included those on a Medieval wheelwright; plane making in York, whetstones, riving wood, an apprenticeship at T. Norris & Sons, John Littlewood of Sheffield, the tool bass; sailmakers’ seam rubbers, a rule from the Mary Rose, composition moulds, the artist Stanley Anderson and several others.

Published by and available from The Tools and Trades History Society. 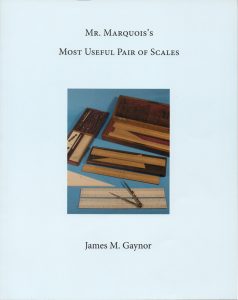 Written by the late Jay Gaynor, Director of Historic Trades at the Colonial Williamsburg Foundation in Virginia, U.S.A., this monograph outlines Marquois’s life, explains how the scales were used, who made them and several later improvements. It includes Marquois’s own instructions for their use.

Thomas Marquois was a Huguenot, living in London in the last quarter of the 18th century. Around 1778, he invented a set of parallel scales that greatly simplified military sketching in the field. The set consisted of two scale rules and a right-angle triangle.

Although Marquois sank into obscurity after his death in 1802, his scales did not and Marquois parallel scales are described in nearly every English book on mathematical instruments published during the nineteenth century. Many of the best-known mathematical and scientific instrument makers offered them. Numerous examples are found in tool sales and antique shops.